Turcianske Jaseno is located in a tourist area Jasenska valley in pleasant surroundings of Great Fatra,in the heart of ski resort Kašová. Ski resort offers excellent conditions for skiing, you will come to their demanding and less demanding skiers, children and beginners. There is also a possibility of night skiing. Artificial snow covered slopes provide good skiing throughout the winter. The resort is easily accessible and popular hits and abroad.The village has a beautiful location on the Great Fatra,just 7 km east of Martin.Turcianske Jaseno is essentially a common name for two to the 1974 self-existing villages of Lower and Upper members. Both were previously managed yeoman strong community and were not a pure curial settlements in the Turks. Built in the territory, which was in prehistoric times, settlement and early – historical very exposed. For a relatively small radius of 3 km are here 4 fortified hill villages

Coherent moderate natural beauty of this region necessitates a tight name “Turčianska garden.” Turiec most striking aspect is its natural environment, which is characterized by great wealth and the material preserved natural values.Go into the basin affect two national parks – NP Velka Fatra and the Mala Fatra NP with several protected areas, which has its home range varied fauna and flora. A significant proportion of the diverse nature of natural Turiec land also have the watercourses, lakes, wetlands, mineral springs and the like.

Turiec is interesting with its art and monuments which are representative of the fund all of its wide range of species, from the oldest products of human hands, archaeological sites to contemporary artistic production.Remains of the oldest periods are concentrated in two museums – the Slovak National Museum – Ethnographic Museum and the SNM – Museum of Andrej Kmet. The construction sites are among the most treasured medieval churches of the 13th century (Martin, Monastery under Znievom, Sučany, …) and the original Gothic castles in rumoch maintained three – Znievska, Blatnicky and Sklabinský.

Rich is here represented by traditional folk architecture in the form of traditional brick home with a three-floor plan (Haj, Dubové, Sučany, …).One of the features of the Turks are well known. “Olejkárske” houses with a high arched gate closing the courtyard (Blatnica, Monastery etc. Znievom, Slovan, …). Almost old tradition of noble families and the number of points gentry mansions Classicist (Láclavá, Blažovce, …) and representative mansions (wild boar, Necpaly, Mošovce, …). When you visit Turiec can not circumvent the ethnographical Exposition – Museum of Slovak Village in Martin in “Jahodnícke” groves. 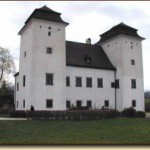 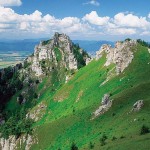 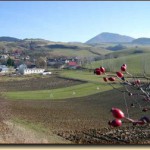 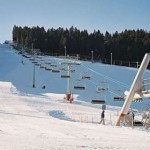 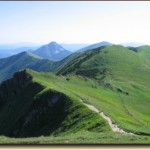